Plant a tree in memory of Reinhard
An environmentally-friendly option 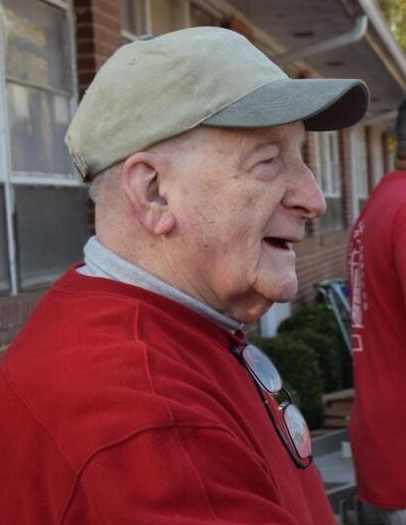 Reinhard (Reiny) Hiss passed away on March 31, 2021 at 90 years of age. Reiny was born in Chicago, Illinois to Reinhard A. Hiss and Amina Evelyn Calhoun. After the premature death of his father, Reiny and his sister Suzanne were raised by their grandparents, the Reverend Granville and Mrs. Jessie Calhoun, in Racine, Wisconsin. As a child, he enjoyed spending summers at his Uncle’s cottage in Wisconsin with his cousins, forming life long bonds. In Milwaukee, he met and married the love of his life, Sara (Sally) Lorraine Wheaton, after a chance encounter on a train following a church retreat in Ohio. Together they had a long, enduring marriage of 70+ years, raised 4 children, and were blessed with 10 grandchildren and 2 great grandchildren (with 2 more on the way).  Reiny and Sally lived in many locations during their 70 years together, with their two longest stops being Crystal Lake, Illinois (1967-1988), and Bogart, Georgia (2003-2021).

Born with a servant’s heart and unwavering will, Reiny constantly sought out opportunities to make his family and community stronger. Some of these efforts include: volunteering as a parent leader of the Crystal Lake Heraldry Guard; working as a member of the Crystal Lake South Booster Club; actively supporting the Crystal Lake Pit Stop, an auto parts business owned and operated by his son Scott; spearheading building programs for multiple churches in Littleton and Southern Pines (North Carolina); and volunteering as a firefighter in Macon, North Carolina, at the age of 60 years old. Reiny was constantly reinventing himself in order to help others. His most recent calling to which he was very passionate, was acting as the Chairman of A.C.T.S. (Area Churches Together Serving), the local food pantry and clothing center in Oconee County, Georgia. Under his deft guidance, the food pantry expanded and thrived. He was very proud of the thousands of families this wonderful organization helped during his 10 years as its manager. A.C.T.S. recently honored Reiny’s dedicated and long tenured service by creating food pantries inside several of the Oconee County Public Schools in his name.  Reiny was an active member of Watkinsville First United Methodist Church.

Reiny is preceded in death by his parents and his son Rick Hiss.

A celebration of his life will be held at a later date. Interment will be in Cary, Illinois.

In lieu of flowers, please consider making a donation in the name of Reinhard Hiss to A.C.T.S. (Area Churches Together Serving), PO Box 638, Watkinsville, GA 30677 to continue his important and impassioned work. The family also encourages friends to leave condolences on the funeral home website at www.lordandstephens.com.

Lord and Stephens Funeral Home, WEST, Watkinsville, GA, is in charge of arrangements.

Plant a tree in memory of Reinhard by clicking here.
To send flowers to Reinhard's family, please visit our floral store.

A service summary is not available

Plant a tree in memory of Reinhard
An environmentally-friendly option

Plant a tree in memory of Reinhard

1 tree planted in memory of Reinhard

A Memorial Tree was planted for Reinhard C. Hiss

Plant a tree in memory of Reinhard