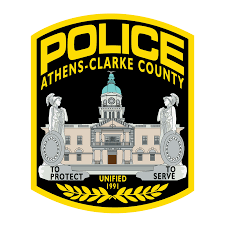 A native of High Shoals, GA, he was a son of the late Henry Asberry and Winnie Tidwell Toney. He was also preceded in death by his wife of fifty-eight years, Nina Sue Couch Toney, and a sister, Doris Woods.

Mr. Toney was a longtime member of Johnson Drive Baptist Church. He began his career with WGAU as a disk jockey in the 1950s and 1960s before working in the men’s retail clothing sales at Davison’s Department Store. He retired from Athens Clarke County Police Department as a dispatcher, and then worked for several years at St. Mary’s Hospital, also as a dispatcher. Mr. Toney was a veteran of the United Army Reserves.

Funeral services will be Saturday, September 14, 2019 at 2:00 PM at the chapel of Lord and Stephens, EAST. Entombment will follow at Athens Memory Gardens. The family will receive friends from 1:00 until 2:00 PM at the funeral home.