Share a memory
Obituary & Services
Tribute Wall
Read more about the life story of Richard and share your memory.

Coach Dick Copas
December 1, 1933 - November 17, 2022
After living a full life, Coach Dick Copas, age 88, died peacefully at his home on November 17, 2022. His love for his family, steady presence, compassion, and sense of humor will be forever missed. He put the needs of others before himself and definitely made an impression on those who knew him. In fact, most have a Coach Copas story they like to share.
Coach Copas is preceded in death by his mother, Imogene Storey Anderson, his stepfather, Alf Anderson, and his sister Jerry Copas Gray. He is survived by his wife of 68 years, Ernestine Moody Copas, and their two children Kathy Copas Thrasher, and Judi Copas (Dennis) Butler. He has four grandchildren: Katie (Justin) Redden, Kristy (Brandon) Bond, Stewart Butler, and Matthew Butler, and one great granddaughter Harper Grace Redden. He also has a sister, Mary Anderson (Buddy) Rich, and many nieces and nephews.
After graduating from Albany High School in 1952, he served in the United States Navy Submarine Service until 1956. Coach Copas graduated from Auburn University in 1959.
After being the Head Trainer at Furman University, he came to the University of Georgia as part of Vince Dooley’s original staff and served as Head Athletic Trainer. Later he served as Academic Counselor for athletes and was the first director of McWhorter Hall. In 1971 he became the Head Golf Coach and remained in that role for 26 years. He was the SEC Coach of the Year 7 times and in 1978 was named NCAA Coach of the Year. His golf teams won 7 SEC championships and had 10 top 10 finishes in the NCAA championships.
Coach Copas was inducted into the Golf Coaches Association Of America Coaches Hall of Fame in 1993. The Georgia Athletic Association presents 2 awards in his honor annually. One award to the most valuable player in golf and the Dick Copas Leadership Award to an outstanding male student-athlete. In 2006 Coach Copas was inducted into the University of Georgia Circle of Honor. In addition, he was the recipient of the Ole Faithful Dawg award in 2007 which is presented by the Georgia Football Lettermen’s Club. One of his prized possessions was the game ball that he received from the football players after a 14 to 7 victory over the Florida Gators in 1964. He truly loved working with the athletes throughout the years.
His family and friends meant the world to him. Please share a Coach Copas memory, laugh together, and spend as much time as possible with your family and friends. That is what he would want you to do.
A private burial will be for family only.
Lord & Stephens Funeral Homes, East, Athens, GA is in charge of arrangements. www.lordandstephens.com

To send flowers to the family or plant a tree in memory of Richard Lee Copas, Jr, please visit our floral store. 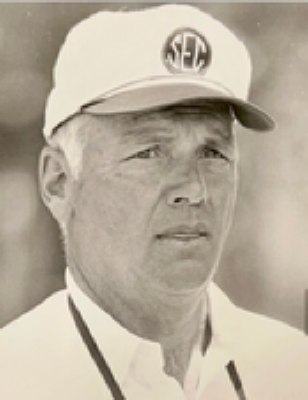 You can still show your support by sending flowers directly to the family, or by planting a memorial tree in the memory of Richard Lee Copas, Jr
SHARE OBITUARY
© 2023 Lord & Stephens Funeral Homes. All Rights Reserved. Funeral Home website by CFS & TA | Terms of Use | Privacy Policy | Accessibility