Share a memory
Obituary & Services
Tribute Wall
Read more about the life story of Gary and share your memory.

Born July 11, 1946 at home in Fredericktown, Missouri, he was a son of the late Richard and Gladys “Dolly” White nee Branam. He was preceded in death by siblings, Bacile (Betty) White, Albert White, Harold White, Clyde White, Lucille (Alva) Yamnitz, and Dorothy Rae.  He was a lifelong Missouri resident until moving to Athens, Georgia, to be close to family.

Gary began his professional career as a baker with Kroger Baking Company in St. Louis, MO.  He retired from Chrysler after 35 years as an autoworker and a member of the United Auto Workers union.  Following retirement, he spent several years working with Home Depot and working as a realtor for Caldwell Banker.

Gary was a member of Cornerstone Church of God in Athens, where he was a board member of the Over Sixty Ministry and a regular volunteer with the Food Pantry ministry.  He was a faithful elder, deacon, leader, teacher, and member of the churches he attended and served.  Additionally, he served as an interim pastor for two congregations in Missouri.

His hobbies included fishing, the St. Louis Cardinals, nature, birds, gardening, home and automotive repair (he could fix or repair almost anything), and piddling, as he was always doing something.

Survivors include the love of his life, his wife Reta White nee Dean, whom he met in church when he was three years old; they were high school sweethearts and were married on August 1, 1964, in Fredericktown; his children, Michael (Marquita) White of Chesterton, Indiana, Ed White of Painesville, Ohio and Londa (Roy) Berghaus of Watkinsville, Georgia; grandchildren, Samantha (Theresa Dietrich) White of Hobart, Indiana, Clara Berghaus of Atlanta, Georgia, Chelsea (Jeremy) Hartman of Prosper, Texas and Rowan Haus of Sacramento, California; siblings, Nora Szarwinski and Byron and Rosalind White; he was a loved and respected uncle, survived by numerous nieces and nephews.

Services will be Monday, November 28, 2022, at 10:00 AM at Cornerstone Church of God with Pastors Scott Sheppard, Steve Stringham, and Robert Sheppard officiating.  Interment will follow at Athens Memory Gardens.

Lord and Stephens, EAST, Athens, GA is in charge of arrangements.  www.lordandstephens.com

To send flowers to the family or plant a tree in memory of Gary W. White, please visit our floral store. 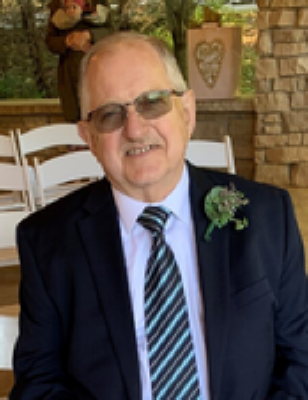