Share a memory
Obituary & Services
Tribute Wall
Read more about the life story of Evelyn and share your memory.

Evelyn Anita Ritchey Glenn, 86 (February 11, 1936- November 9, 2022) lived a beautiful, Christian family life. A woman who put all others before herself, she provided comfort and love while asking little in return.  She genuinely made everyone feel like family.  Her husband, Tom, adored her and together they raised and taught their four children family values, love of God, compassion and confidence to pursue life with fervor.

Evelyn was born in Henryetta, Oklahoma.  She was raised by her parents, Caleb Martin Ritchey and Anna Pearl Rich with her brother, Denver and sister CeDelle.  As a child, she had many memories and stories about her family, especially her grandmother, Tennessee Belle McGuinn Rich being a Pioneer in the Oklahoma territory.  At age 9, Evelyn’s mom suffered several heart attacks and died. Denver was 11 and CeDelle was 21.  Evelyn went to live with her newly married sister CeDelle and her husband, Joe Childers, about 100 miles from her father.  Every other weekend her father would drive to see them and go to the 10-cent movie and the drug store for a banana split!  While there, she got her 1st dog, a mutt they named “Skipper” who they loved and played hard with.

CeDelle and Joe had a daughter, JoAnne, and Joe was called back into the service.  Evelyn went to live with her Aunt Glendene and Uncle Gilson Rich in Ottumwa, Iowa for high school.  Her father remarried and she gained a new sister, Cookie. Evelyn attended and graduated from Drake University in Des Moines, Iowa, where she began teaching school.  While attending church, she met the future love of her life, Tom Glenn, who worked for Ralston.  They began dating and in Ottumwa, Iowa began a marriage that lasted an amazing 60 years together. Then, her husband brought his midwestern girl to the south, Athens, GA.

Evelyn was the most loving and giving full-time mother to her four children, Tommy, Paul, Cindy and Greg. She was extremely active in all their activities, enjoyed family camping trips, vacations, visiting relatives, cheering on local and school sports and made church our priority. She loved the ones who we chose to marry as her own children, Judy, Barbara and Keith and they loved her as their own mom too!

Evelyn was involved with the United Methodist Women and had a passion for Missions support with her sister-in-law, June Glenn (the Glenn Sisters) as well as her Homewood Hills Garden Club.  She loved being active at Chapelwood UMC and the amazing friendships she built there.  They were her family too!

Evelyn and Tom loved to travel and experienced many memorable trips including Alaska, China, Europe, The Holy land, Korea, Scotland, Spain and all over the US. Together they also stayed active biking, camping, canoeing, hiking, kayaking, and of course holding hands as they were walking. Of course, one of their favorites was supporting the UGA Bulldogs football, baseball, and gym dawgs. Their Sanford Stadium seats were a collection of dad’s family couples cheering on loudly and enthusiastically… especially Evelyn and our Aunt June.

Evelyn and Tom were extremely proud as they began being grandparents to Madison & Emily, Lauren & Ashton, Miranda & Gunner.  Now their names were “Mimi and Papa”.  Two words that were always said together.  Mimi and Papa felt they were part of a club when they could finally say we are Great Grandparents to Evelyn Grace and Magnolia Campbell.  Mimi and Papa were a special part of every event in their grands lives from birth to sports activities to birthdays, to special events, graduations and weddings.  They even took them away on trips, especially one that was specifically for that grandchild. Nothing brought Mimi more joy than knowing her children and grands were happy and safe. She would frequently hand write sweet notes and mail to all her grandchildren and include a stick of juicy fruit gum with a dime stuck in each end. Such a special memory for the kids!

Evelyn and Tom created countless memories in our family home and yard in Homewood Hills for 56 years. They decided to give Senior Living a try and moved to Highland Hills where mom would say “we have never had so many friends”.  We are grateful to Highland Hills for all they did to create a wonderful community which kept Evelyn active and happy.

We must include her greatest canine love, Skipper who was named after her childhood pet.  Skipper brought so much joy to their senior years, kept them active taking long walks, and showed faithful love and affection.

Evelyn will always be remembered as the most amazing wife, sister, mother, aunt, grandmother, great grandmother, but also a special, gentle soul who loved others and made everyone feel like they were her family too. We know she is in God’s hands with her soul mate and all the loved ones she’s lost. “Precious in the sight of the Lord is the death of his faithful servants” Psalm 116:15

Please join our family on Sunday, November 13, 2022, at Chapelwood United Methodist Church in Athens, GA for Visitation at 3:00, her Celebration of Life Service at 4:00 and immediately following, a reception hosted by her church family to continue sharing your love with Evelyn’s family.

Donations in memory may be sent to Chapelwood Methodist Church for their missions' program.

To send flowers to the family or plant a tree in memory of Evelyn Ritchey Glenn, please visit our floral store. 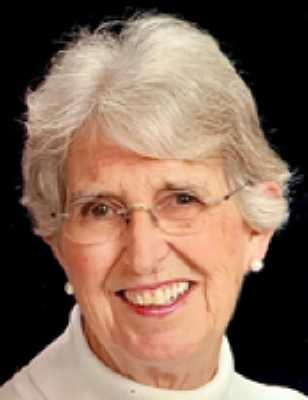